In a bid to promote safety and order by catching motorists who ignore stop signs, Abu Dhabi officials have approved the installation of radars or cameras on all school buses.

According to the Abu Dhabi Police, they are eyeing to install cameras on 7,000 school buses. This is part of the government’s commitment to observing public safety and order, especially as the academic school year has already begun this week. 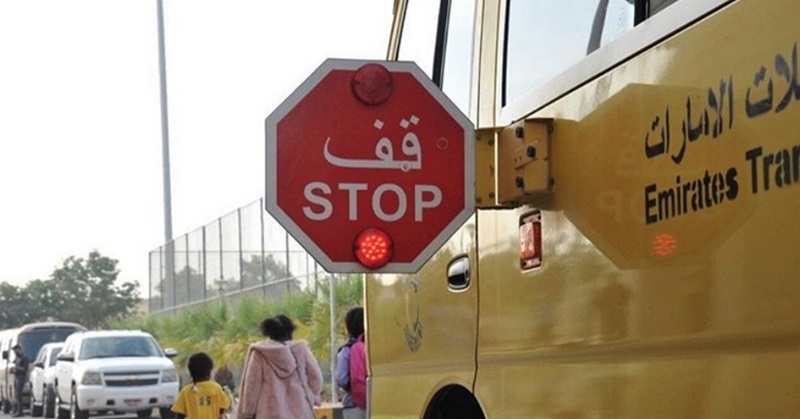 According to Abdullah Al Ghafeli, head of traffic studies at the Abu Dhabi Traffic and Patrols Directorate, “The project of installation of radars on school buses will be done in phases with a portion of the buses in the first phase,” as shared in a report by the Khaleej Times.

Authorities from the Emirati capital have launched a year-long road safety campaign to educate motorists regarding traffic and road safety rules, which will be available in various languages such as Arabic, English, Urdu, Malayalam, and Chinese.

The campaign highlights the importance of stopping when a school bus stop sign arm is extended; giving way to emergency vehicles; avoiding speeding; and refraining from using mobile phones while driving, among others.

The campaign will be conducted through lectures at schools, video and audio messages, brochures and social media drives.

For his part, Brigadier Suhail Saeed Al Khaili, director of the police’s central operations sector, commented: “The comprehensive road safety awareness drive will help promote safe driving as we look forward to reaching the highest levels of traffic safety. It is very important for drivers to adhere to traffic rules and regulations at all times to avoid accidents.”

During this time from last year, records have shown that around 3,664 motorists have been fined in Abu Dhabi for ignoring school bus stop signs.

Some 126 violations have also been recorded against school buses, which did not show their stop signs when picking up and dropping off students.

A hefty fine of AED 1,000 and 10 black points will be imposed on cars that don’t stop at least five meters away from the bus when the stop sign arm has been already extended. And buses that fail to extend the stop sign will be slapped with a AED 500 fine and 6 black points.

Here are some practical tips on how to observe this traffic law:

Next post: How to File for a Divorce in the UAE