Abu Dhabi’s public transport network will soon have a major multi-phase expansion and an AED 470-million overhaul. In line with this, there will also be fare revisions in the offing, starting with suburban services.

A fleet of low-carbon emission buses, new stops, more routes, fare revisions and added facilities, are to be expected according to an official from the Integrated Transport Centre (ITC) last August 20. 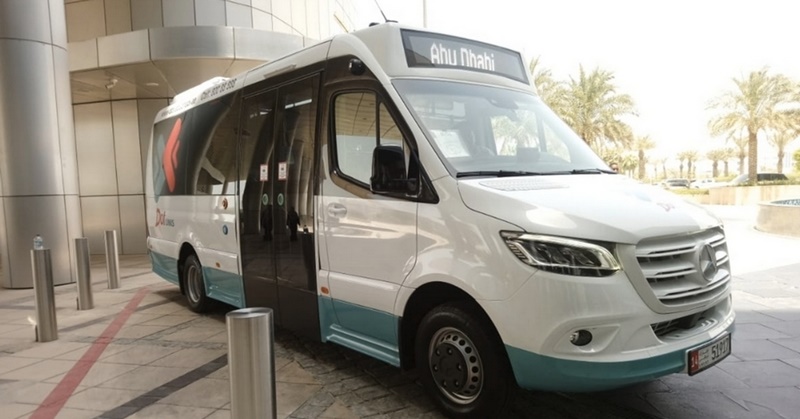 40 new minibuses named ‘Sprinter’ will be integrated into the public transport network starting October 11 – just four days before the implementation of the new toll collection system, as shared in a report by the Khaleej Times.

According to the ITC, the new minibuses will serve suburban areas locally. The routes and stops will also be announced in September. Also, should there be an increased demand on some routes, the local government may introduce these buses to the city.

According to the Al Mazrouei, the new bus has a capacity of 25 passengers – 13 seats, with four seats that can be added and standing space for eight people.

Among the features integrated into the new buses are seat belts, a smart payment system, route tracking, along with CCTV cameras, USB ports and facility to support people of determination.

The buses will be integrated into the existing ‘hail and ride’ services, enhancing frequency during peak hours. Moreover, the eco-friendly minibus marks a shift from Euro 4 emission standards to Euro 6.

The ITC official remarked that in the region, the UAE is the first country to adopt this eco-friendly model for public transport.

He also noted that this service will improve connectivity between remote areas in the capital. This will benefit residents, especially those who live in the suburbs and interior areas and wish to opt for public transport as the toll gate system gets implemented.

In line with this, the government of Abu Dhabi is also looking to upgrade its fleet of 304 buses with 327 new ones purchased at a cost of AED 473 million in the next two years.

Additionally, there will also be more locations to buy and reload the Hafilat card. Other than bus stops and stations, the machine will be set up in hospitals, malls and other popular public places.