In line with the national government’s on-going efforts to promote various sectors such as tourism and retail industries, the local governments including Abu Dhabi are launching a number of their own initiatives to support this goal.

And as the UAE aims to make a name for itself as one of the best countries in the world to live in, more schemes to digitalize systems are to be expected concerning infrastructures and other sectors of society. 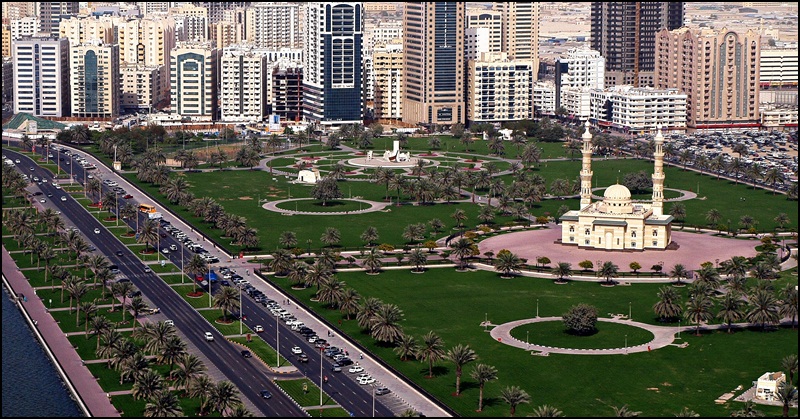 On Thursday (July 25), Abu Dhabi’s Department of Transport (DoT) officially announced the implementation of the new electronic toll collection system similar to Dubai, which will see all motorists entering and going out Abu Dhabi Island pass through the toll gates.

As per the DoT’s announcement, the electronic toll gates system is aimed at encouraging the public to use Abu Dhabi’s public transport network, in order to reduce the use of private vehicles and to encourage carpooling by company employees and even among families in the emirate.

The four toll gates that are set to be opened to the public in October will be located in the following locations: 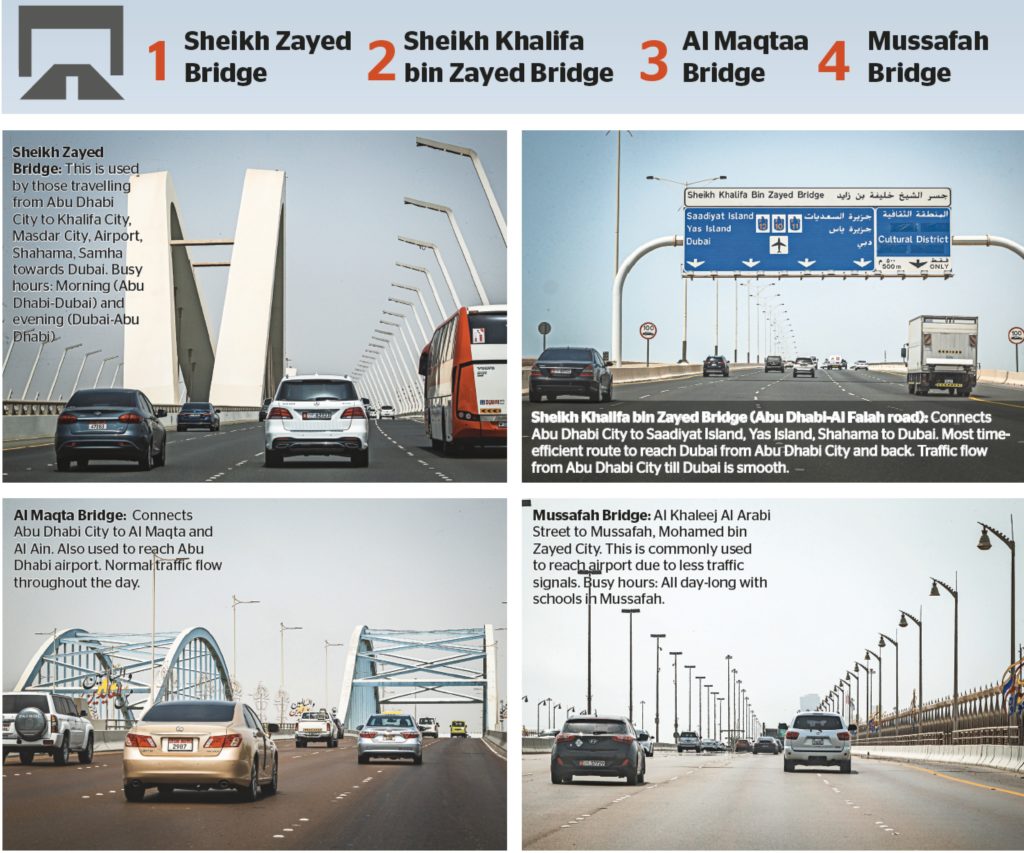 On Fridays and public holidays though, the toll will be priced at AED 2 throughout the day.

Furthermore, the electronic toll collection system set up in select locations in the city is a 24/7 continuous process, with a daily maximum fee of AED 16 per vehicle.

In contrast to its Dubai counterpart, the Salik system, Abu Dhabi’s toll system will identify vehicles by their plate numbers and not through a sticker tag placed on their windshields.

Also, motorists will pay for toll gates through e-payment machines distributed across the emirate, where the amount due will be automatically deducted from a prepaid user account (the Integrated Electronic Payment wallet).

As a requirement to use these toll gates,  road users should open a special toll account to manage their own vehicles and process payments due through a simple, user-friendly online system.

Of note, all Abu Dhabi registered vehicles on the official system registration launch, August 30, 2019, will have automatically registered accounts at no additional costs. 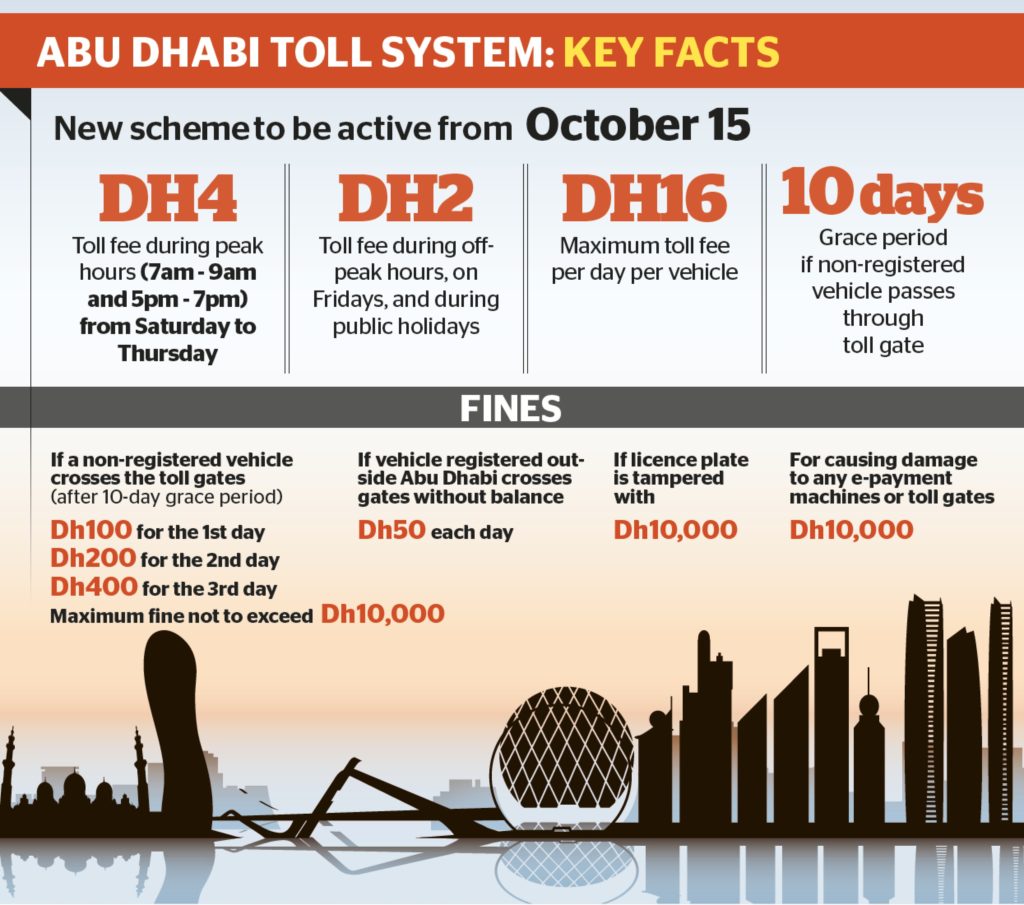 Traffic fines for crossing the toll gate with a non-registered vehicle, after the ten working days grace period, will start at AED100 for the first day, AED 200 for the second day, and AED 400 for the third day, up to a maximum of AED 10,000.

Of note, crossing under the toll gates without sufficient balance in the user’s account for vehicles registered outside Abu Dhabi and after the grace period deadline, will result in a fine of Dh50 incurred each day.

Meanwhile, in cases where users tamper with the vehicle’s license plate for the explicit purpose of evading the payment of fees, a fine of AED 10,000 will be given. Causing damage to any e-payment machines or toll gates, will likewise incur a fine of AED 10,000. The total fines should not exceed AED 25,000 one year after the first offence.

Also, electric vehicles will be exempted from toll fees for two years from the date of activating the system.

With this new system, travelling through cities will soon be more convenient for everyone since traffic flow as well as road violations will be better monitored and managed.

Next post: Over 75% of Services in Abu Dhabi Industrial Zone Now Free of Charge

Previous post: How to Replace Lost or Damaged Philippine Passport in Abu Dhabi