The government has opened a new bus route (E102) that will connect the industrial area of Mussafah with Ibn Battuta in Dubai via the Abu Dhabi International Airport.

The new route will ease the traffic burden from families living in suburban areas of Mussafah as they will no longer have to travel to the Abu Dhabi central bus station in the city to board a bus for Dubai. The new service aims to uplift the living conditions of residents in the area, as well as to promote ease of travel for commuters traveling between Abu Dhabi and Dubai. 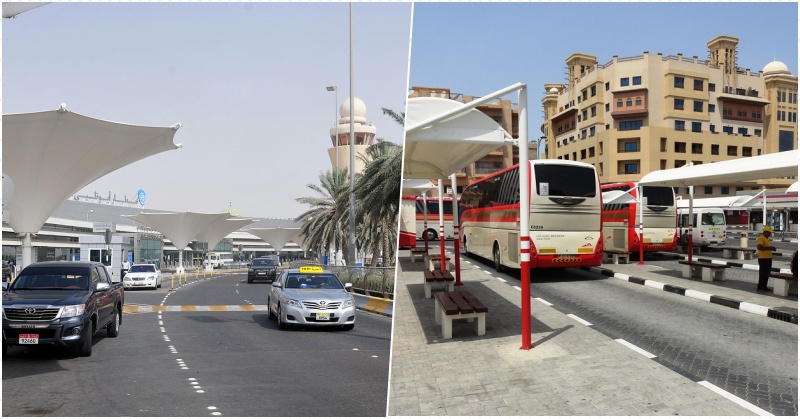 According to Ateeq Mohammed Al Mazrouei, director of operations, public transport sector at the Integrated Transport Centre (ITC), the inclusion of the airport in the Mussafah Shabiya bus station-Ibn Battuta bus station route is part of “larger transport connectivity plans” for next year, as shared in a report by the Khaleej Times.

Al Mazrouei further explained that the new service aims to help serve the community in a batter way. The initiative was coordinated through the efforts of the ITC, the Department of Transport (DoT) Abu Dhabi and the Roads and Transport Authority (RTA) Dubai.

The new bus route will run on a service frequency of one hour, and the suggestion to include the airport was based on the idea in consideration of the Expo 2020, as part of the cooperation between the emirates of Abu Dhabi and Dubai, Al Mazrouei explained.

Depending on the demand, the Abu Dhabi City-Dubai services will be connected with the airport, too. Currently, there are two bus routes from Abu Dhabi City: One to Ibn Battuta and another to Al Ghubaiba bus station.

“Our operations team and the RTA will look into it. Even the frequency of services on routes will change as per demand. Instead of an hourly service, it may be brought down to 30 minutes,” Al Mazrouei noted.

The effort behind the initiative is part of the preparations made in Abu Dhabi to enhance connectivity between the capital and Dubai ahead of the Expo 2020.

“One service will start from the Marina Mall, another from Madinat Zayed and the third one from the airport. There will be one service from Al Ain, too,” he added.

ALSO READ: What You Need to Know about the New Electronic Toll System in Abu Dhabi

Next post: The Best Filipino Restaurants in Abu Dhabi