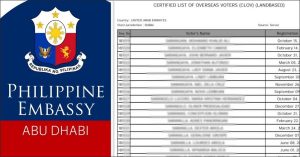 OFWs in Abu Dhabi who are not sure if they are certified to vote for this year’s National Elections can verify their names from the list posted by the Philippine Embassy in Abu Dhabi. So if you are a Filipino who has registered, you can see your name from this list. Download the list from Read more 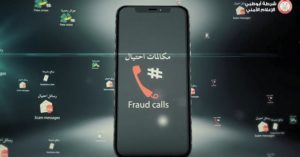 The Abu Dhabi Police Department has issued a warning to the public about scammers claiming to be from the UAE Central Bank and requesting bank information. The calls, according to the authority, were about a fraudulent text message supposedly sent by the Abu Dhabi Police to show the legitimacy of the call from the federal Read more

AlHosn App: A Must for All UAE Residents 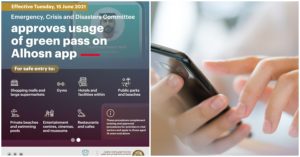 According to the latest restrictions enacted by the government, all UAE residents must now provide documentation of having gotten two doses of the Covid-19 vaccine in order to access certain areas of pubs and clubs, as well as attend concerts and athletic events. The Al Hosn app is the best way for citizens to show Read more 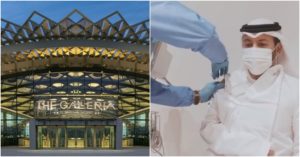 Residents in Abu Dhabi can go to a new place for getting administered with COVID-19 vaccines: The Galleria on Al Maryah Island. The mall has a new Mubadala Health booth, where citizens and residents — upon meeting certain requirements — can apply for vaccinations. Based on a press release, the Chairman of the Department of Read more

Filipina OFW Has Been Missing for 10 Months, Found Dead in Abu Dhabi – DOLE 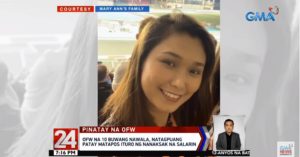 The Department of Labor and Employment (DOLE) announced on Monday, February 1, the death of a Filipina receptionist based in Abu Dhabi, Mary Anne Daynolo. ALSO READ: Why is Abu Dhabi a Good Alternative to Dubai for Overseas Pinoy Workers? Daynolo, as per authorities, has been missing for more than 10 months in Abu Dhabi Read more

New Requirements to Enter Abu Dhabi from Other Emirates 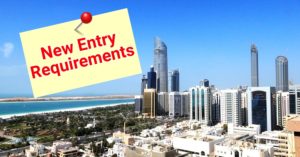 If you are traveling to Abu Dhabi anytime soon, take note of the new requirements to enter the capital from other parts of the country. These measures came into effect last Sunday, 17th January 2021. The decision was made by the Abu Dhabi Emergency, Crisis, and Disasters Committee, as part of the efforts to curb Read more 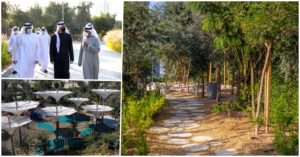 Nature lovers, it’s time to rejoice! There’s a new public park in town, and it features 2,000 local trees, including the Ghaf, the national tree of the UAE. Let’s get to know more about Al Fay Park! ALSO READ: 10 Reasons Why Expats Choose to Work in Abu Dhabi Located on Reem Island, the park is Read more 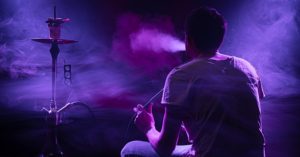 After several months of suspension of bars, restaurants, cafes, and tourist service facilities across the UAE Capital that offer shisha (hookah) services, the Department of Economic Development in Abu Dhabi has finally allowed these facilities to resume operations. However, these facilities must strictly adhere to safety measures in the capital in support of the country’s Read more 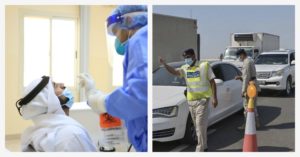 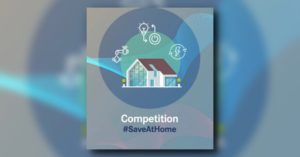 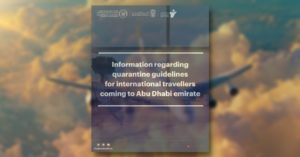 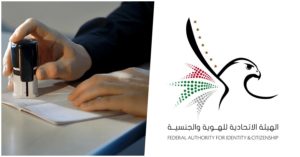