Abu Dhabi residents, starting April 22, Hafilat cards should be used in suburb buses. Payment via paper tickets is no longer allowed. So passengers should be aware to reload their Halifat cards to pay for transport.

No More Coins or Paper Tickets, Halifat Cards are to be used in public transport buses in the Abu Dhabi Suburbs 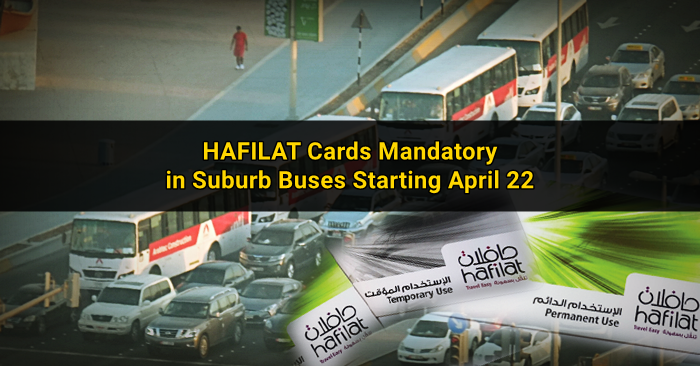 Hafilat is Arabic for ‘buses’ and this is a reloadable card which will be used to pay bus fares when Abu Dhabi residents commute in the city. This makes the public fare transport system a ‘cashless’ transaction.

The Hafilat smart card was launched in May of 2015 and has since been used for public transport. This card is available in six categories to meet various needs and requirements of the public.