The Abu Dhabi Police reminded motorists to observe road safety and traffic protocols during foggy weather conditions expected to take place in the coming days and to reduce driving speed to 80 kmph.

The said initiative comes as part of the police carrying out the decision of the Traffic Safety Committee related to unstable weather conditions. 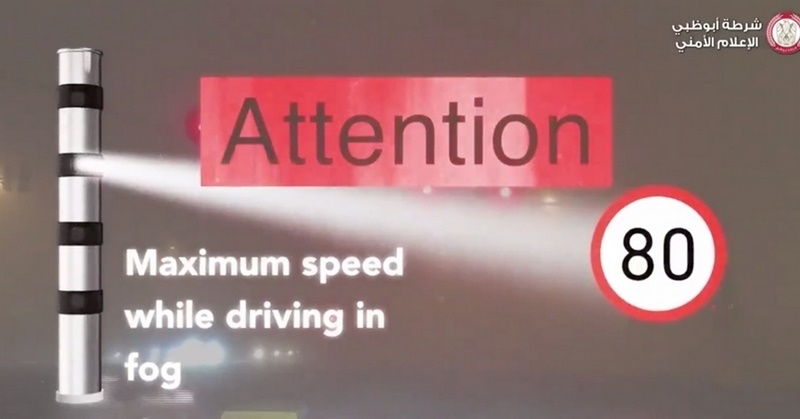 The Abu Dhabi Police also reminded road users to commit to preventive procedures, such as stopping their vehicles in low visibility, while highlighting the importance of leaving an appropriate gap between vehicles to avoid accidents, as shared in a report by WAM.

Furthermore, the police also urged drivers to follow instructions on smart signs and reminded them to follow its messages sent via social media, which will aim to help them travel through the fog. It also instructed drivers to monitor weather forecasts and be prepared to drive in bad weather conditions.

Of note, the police also cautioned those who might encounter minor accidents to stop their vehicles on the right side of the road, to ensure their safety and prevent disruption of traffic.

Just last month, the UAE government announced that those caught delaying traffic at accident sites may be fined by up to AED 150,000, as this could lead to potentially more grave consequences such as the worsening condition of those actually involved in the accident.

With the recent foggy conditions experienced in most parts of the UAE, the RTA was quick to remind residents of what they need to do when driving in such conditions such as keeping on the right side of the lane to avoid incoming vehicles from the opposite direction.

For their part, the Dubai Police also tweeted a weather warning to motorists, urging to be extra cautious while driving during foggy weather.

Under the UAE traffic laws, driving in foggy conditions without using low or foggy lights are punishable by a AED 500 fine and four black points.

Meanwhile, the National Centre for Meteorology (NCM), shared that visibility could be less than 1,000 meters at times over some coastal and inland areas of the country.

Driving through difficult road scenarios and conditions must be done with due caution and a clear mind because an unclear mind can lead to a poor judgment which could cost you or someone else’s life.