The UAE Police have issued a warning against fraudsters’ new methods to steal money from residents’ bank accounts.

According to a statement released by the Abu Dhabi Police on Thursday (September 26), the public should watch out for new ways which fraudsters are using nowadays to steal money from potential victims. 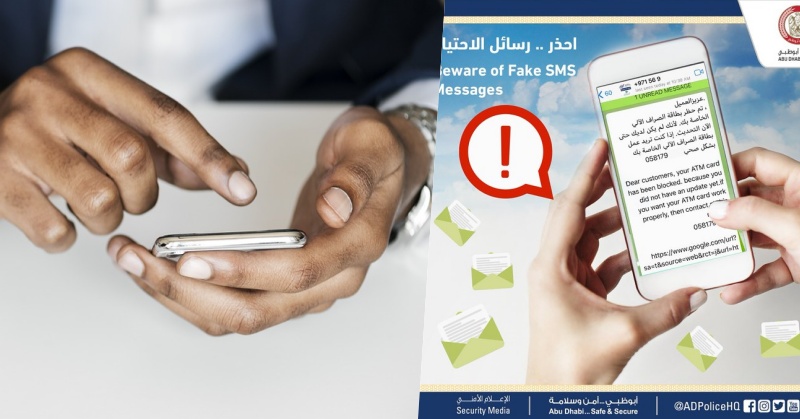 According to the police statement, the public should never reveal any sensitive information over the phone or the internet, especially when they get contacted by an unknown sender or from an unknown number.

Furthermore, the police reminded the public that they must never entertain unknown messages regarding prize money or blocked accounts as fraudsters use such messages to extract private information that they can use to transfer money or credit from their victims.

Residents have also been urged to immediately report incidents of receiving such calls or e-mail to the police.

There are actually a number of ways to report cybercrimes online as per the Abu Dhabi Police:

There are a number of reasons for which fraudsters and hackers try new methods to victimize others. These attacks may begin with a simple phone call from an unverified number informing individuals that they need to reset their ATM card information to unblock it or an email that promises prizes or offers that are too good to be true in exchange for disclosing card details or passwords

Here are several types of Bank Fraud observed in the UAE:

As banks are trying to make their service as attractive as possible and they’re trying to offer as many services as possible, there are also now more ways for fraudsters to access your information so it’s necessary to be vigilant at all times.

Next post: Discover Emirati Culture in These Abu Dhabi Museums