I’ve been to Abu Dhabi only twice and during these two instances, I was there just to travel for a day. I am a resident of Dubai and although this location is just two hours away, I still have a lot of things to do before I could visit the actual capital city of the United Arab Emirates.

Musings that Come to Mind When People Mention Abu Dhabi

I don’t really know what to expect about this place as I have a vague idea of it since I don’t have much experiences “living” here.

I only know that there are plenty of people who choose Abu Dhabi as an alternative. Pinoys are still aplenty so as other nationalities residing in the UAE.

Pinoys Who Commute Everyday Because of Work in Dubai

What fascinates me though is when I hear stories of Filipinos who live in Abu Dhabi and enjoy the 2-hour commute (times two) back an forth these two Emirates. I just can’t imagine the long hours of traveling. But come to think of it, even kabayans back in the Philippines would even ride buses for longer hours. 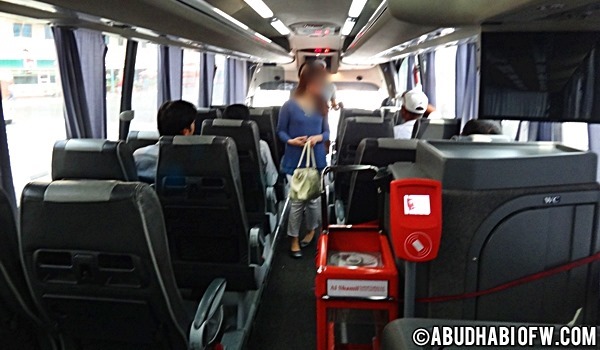 25 AED to travel by bus from Dubai to Abu Dhabi

The convenient thing in this first world country is that there is a proper system so it makes everything almost seamless. The only thing you have to worry about is minimal compared to the stress of commuting back in our home country.

During the two instances when I visited this place, I notice the architecture is more artistic. I’m just assuming that they have more art in their buildings and structures because they have more time to plot and plan their developments. Dubai is always growing and Abu Dhabi is still catching up. By the way, I’m not an expert on these matters and these are just my observations. 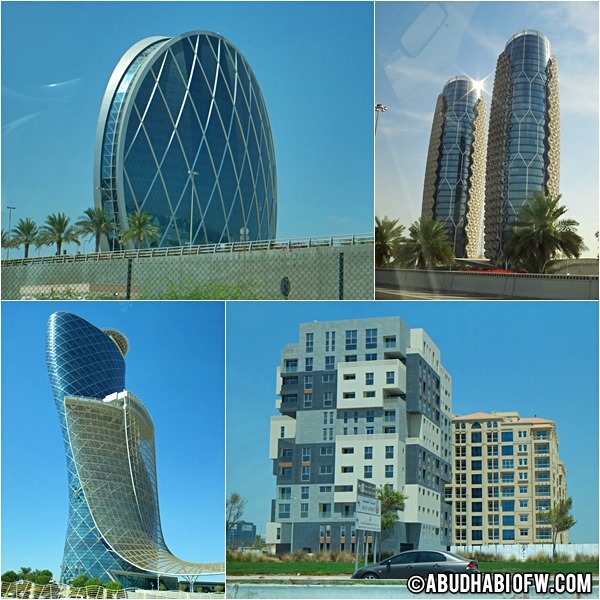 I notice that there’s also more greenery (trees, bushes, plants) in the area. Even in the middle of the road, you can see plenty of green. It’s a nice sight as it calms the eyes when you see the color amidst the desert. 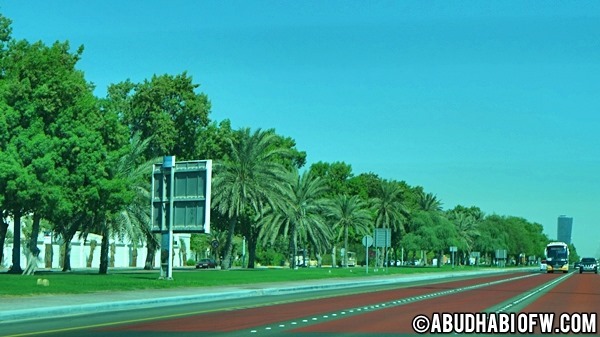 greenery on the road

I want to go to the Corniche! Maybe next time I’ll be able to visit the beach and take a swim. We didn’t bring any extra clothes during our time there and we didn’t really have much time to even hang around the beach despite being just very near the city. Actually, it’s just in the city!

Only thing I noticed is that there’s no metro and people rely on buses for their daily commute in different destinations. Either that or car lifts and taxis. Of course, it’s most likely in the works very soon. 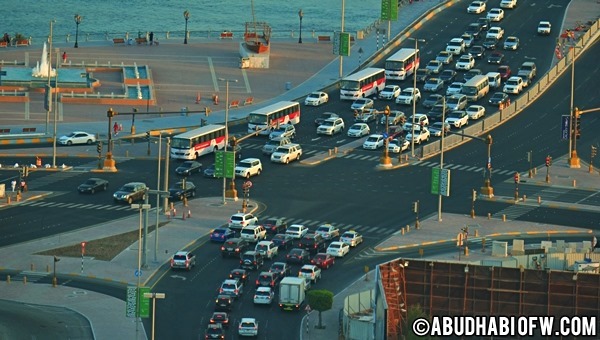 I read in the news that Yas Mall (a new mall) is going to open on November 2014. This is a huge retail shopping center which will definitely lure plenty of dwellers in the city to check out what the complex can offer. I know there are plenty who go to Dubai in order to shop as there are more options, but knowing that there’s a mall like this that’s launching very soon, it’s an exciting time for Abu Dhabi and its residents.

The Sheikh Zayed Grand Mosque is always a beautiful sight when you visit this attraction. I don’t mind going back again and again to see and take more photos – which reminds me that I haven’t taken pictures of it at night! 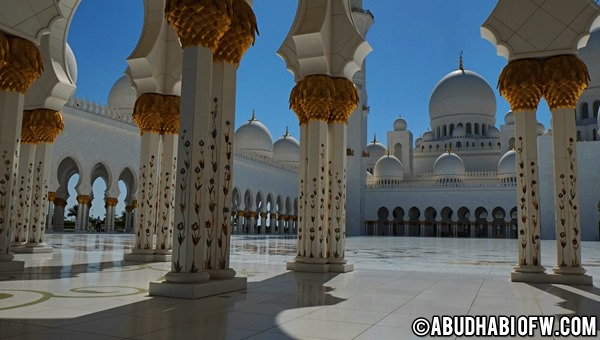 always a beauty, the grand mosque

I hope to visit Abu Dhabi again just to explore other areas that I haven’t visited. I know there’s plenty to see and it certainly is a great city. These are just some random musings so pardon me if these thoughts don’t add up.