Emirates National Auto Museum is an opulent one-of-a-kind museum that boasts a dazzling array of intriguing car and truck models. As a guest in this intriguing attraction, you get to catch a glimpse of several rare and exotic vintage vehicles that you cannot find elsewhere in all of UAE. What’s more, paying homage to this hidden gem gives you a chance to expand your knowledge in vehicles. For those who are fond of cars, a visit to this exhibit area is definitely a must when visiting the city of Abu Dhabi. After all, it is one of the best and most-sought-after points of interest in the city. 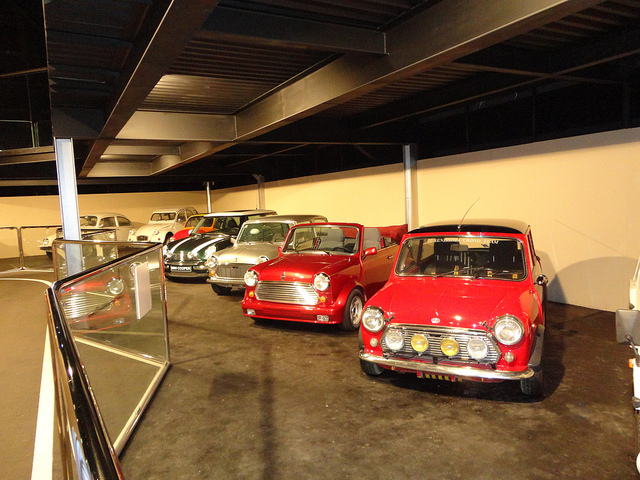 The Emirates National Auto Museum is basically an exhibit area that houses a fine collection of precious and unique vintage vehicles. This fine and unusual collection is owned by Sheikh Hamad Bin Hamdan Al Nahyan, or also called “The Rainbow Sheikh”. A renowned billionaire, Sheikh Hamad Bin Hamdan Al Nahyan is retired from the Diplomatic Life and army service. As a car enthusiast, he now spends most of his time in developing new advancements in the automobile industry.

This scintillating museum used to be very private. As a wealthy vehicle aficionado, the sheikh was quite fond in buying and gathering exotic vehicles. But after his private vehicle collection become too enigmatic and large, the eccentric billionaire decided to give something back to his community by creating a museum to shelter all his famous cars and trucks.

With over two hundred vehicles on display, this exquisite attraction holds the record as one of the largest collections of trucks and cars in the whole world. As a result, this attraction has drawn the interests of several car enthusiasts and avid travelers from all over the world. As a matter of fact, it was once featured in Top Gear, a premier and renowned television program from BBC. With its ability to draw hordes of tourists on a daily basis, the venue has greatly improved the tourism industry in the city.

The highlight of the museum

From unique customized vehicles to luxurious convertibles, there are a lot of trucks and cars displayed in this lovely venue. But, the undisputed star of this museum is the Dodge Power Wagon replica, which happens to be the largest truck on the face of the earth. Constructed by the Sheikh himself, this massive replica is over fifty tons in weight, and is eight times bigger than the original dodge.