Fire-fighting can be a tough job — putting out fires, working night shifts, and rescuing people, of course! There are also times when the fire gets too big and requires special equipment to be extinguished. This is where Abu Dhabi’s new fire-fighting robot comes in handy!

On Monday, 17th February 2020, Abu Dhabi Police tested TAF35, a fire-fighting robot that can be operated from as far as 300 metres away… blasting water, mist, and foam to put out fires! 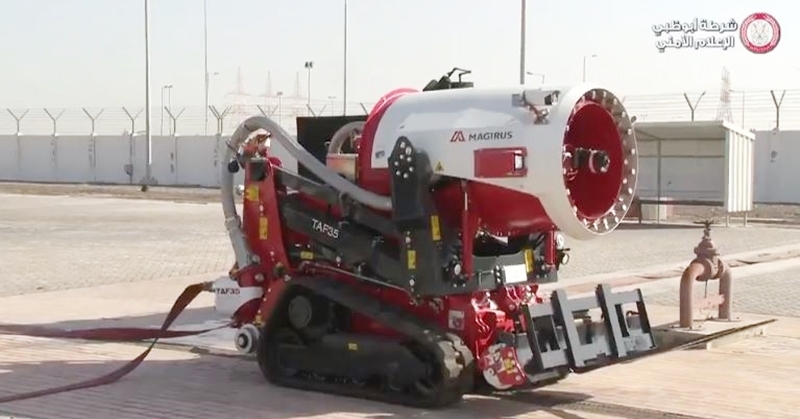 Through a post on social media, Abu Dhabi Police shared a video of TAF35 in action, spraying water and putting out fires from a distance. The robot is capable of changing directions and blasting out water, mist, and foam to extinguish even the biggest fires.

According to the General Administration of Civil Defence in Abu Dhabi, TAF35 can be operated via remote control — making it the ideal “weapon” in situations that are considered too dangerous for firefighters to enter.

The Deputy Director General of Civil Defence in Abu Dhabi, Brigadier General Mohamad Ibrahim Al Amri, stated that TAF35 can pump out huge quantities of water, which is necessary in putting out fires in tunnels, industrial areas, and covered/closed parking spaces.

TAF35 was created by Magirus, a German firefighting firm, and EmiControls, an Italian engineering firm. According to these firms, the robot is capable of putting out fires in chemical factories, electrical substations, large halls, recycling plants, subway shafts, tunnel systems, urban areas, and even oil refineries.

Water, when turned into mist, can draw heat from fire quickly and reduce temperature significantly, making the situation “safer” for fire-fighters and rescuers. And since TAF 35 can be operated by remote control, it can go ahead of the fire crew in extremely dangerous situations like tunnel fires or chemical factory accidents, where fire can spread rapidly. 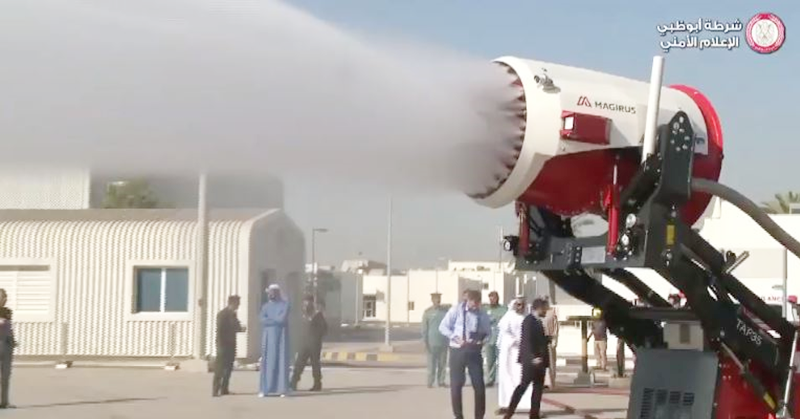 In addition, the Magirus Group website presents the following advantages of TAF35:

Check out this video of TAF35, the fire-fighting robot in action, as shared by Abu Dhabi Police HQ on Facebook:

Innovative solutions such as TAF35 definitely make fire-fighting faster and easier for everyone. Indeed, it is truly exciting to see how such technologies are helping to make our communities safer and more secure! Of course, we should also be doing our part by knowing these numbers and hotlines that we need to call in case of fire and other emergencies!
{ 0 comments… add one }

Next post: 9 Practical Tips to Overcome Homesickness as an OFW

Previous post: 6 Reasons Why You Should NOT Work As An OFW