For the next five years starting this September, Abu Dhabi will become home to the Nickelodeon Kids’ Choice Awards‘ and ‘World of Nickelodeon‘, as part of the capital’s bid to promote the city and its touristic offerings which are kid- and family-friendly, as per the Abu Dhabi Department of Culture and Tourism.

The first-ever version of the internationally-renowned kids event to be staged in the Middle East will showcase musical and entertainment performances, as well as bucket-loads of Nickelodeon’s trademark green slime, while, at the same time, giving young fans the power to vote for their favourite artists and talent across a wide range of categories. 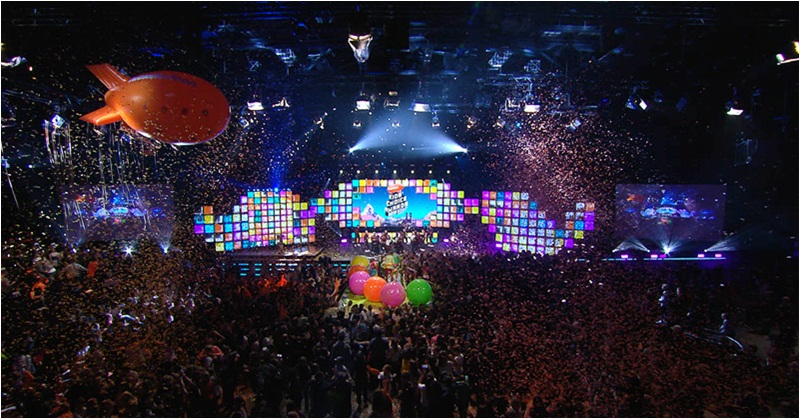 ‘Kids’ Choice Awards’, ‘World of Nickelodeon’ to be Hosted in Abu Dhabi for the Next 5 Years

The first Nickelodeon KCA Abu Dhabi will be staged at the Abu Dhabi National Exhibition Centre on September 20 2019, as shared in a report by WAM.

In line with this, kids and their families will be also able to enjoy three days with their favourite Nickelodeon characters at the World of Nickelodeon.

According to Saif Saeed Ghobash, Under-Secretary of DCT Abu Dhabi, “At DCT Abu Dhabi we are continuing to build Abu Dhabi’s product and experience offerings by continuing our close collaboration with leading industry players, and keeping up the development of new products and events whilst at the same time improving visitors’ experiences.”

He also noted that an event of this international following will surely underscore the city’s commitment to provide the very best entertainment and activations for all sectors of society.

Ghobash expressed delight to seeing overseas visitor numbers increasing as a consequence of securing this significant event for Abu Dhabi for the next five years.

Of note, the Nickelodeon Kids’ Choice Awards Abu Dhabi will feature a line-up of international and regional performers that are sure to delight young fans. This is the first of five annual Kids’ Choice Awards events that will be hosted in Abu Dhabi, with versions of the event having previously been staged in Los Angeles, Berlin, London and Mexico City.

For his part, Raffaele Annecchino, President of Southern and Western Europe, Middle East and Africa for VIMN said, “Producing the Kids’ Choice Awards in Abu Dhabi will create a new entertainment experience for kids in the Middle East and raise the International visibility of Abu Dhabi even further.”

Furthermore, DCT Abu Dhabi will also launch additional events and activities, which will coincide with the award ceremony and the already announced The World of Nickelodeon, which will take place at the Abu Dhabi National Exhibition Centre from September 19 to 21.

Next post: How to Renew Philippine Passport for Minors (17 Years & Below)