Often touted as one of the world’s most beautiful cultural landmarks, the Sheikh Zayed Grand Mosque is an iconic architectural gem that you cannot afford to miss during your trip to UAE. Known for its majestic beauty and impressive size, this gorgeous historic landmark is indeed the visual highlight and most celebrated attraction in the city of Abu Dhabi. As UAE’s grand mosque, it also serves as an important place of worship for all Muslims in the country. 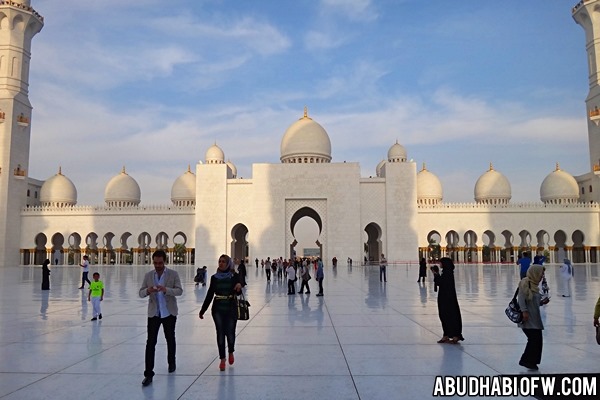 As a place of worship, this architectural wonder holds the distinction as one of the largest mosques in the world, with an impressive capacity to accommodate more than 38,000 worshipers. Its main prayer hall, on its own, is spacious enough to hold more than seven thousand worshippers at the same time. Furthermore, the hall features one the biggest chandeliers on the face of the earth, which is twelve tons in weight and has a lofty height of fifteen meters.

This picturesque Islamic sanctuary boasts over a thousand columns and eighty domes. These columns are surrounded with crystal clear reflective pools that add more grandeur to its aesthetic appeal. To top it all off, it has a state-of-the-art lightning system that highlights its extremely beautiful exterior with its dazzling minarets, domes and white walls. 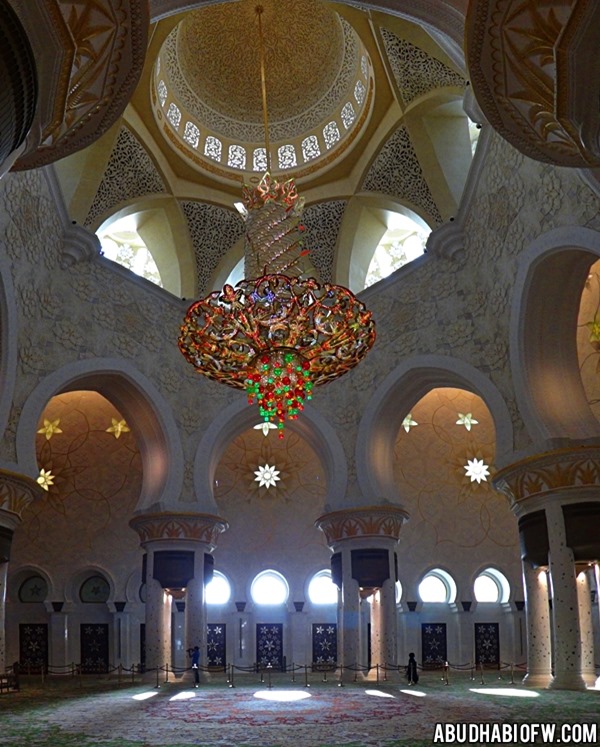 As you make your way inside its main prayer hall, you get to catch a glimpse of the biggest carpet in the whole world. Designed by the world renowned Ali Kahliqi, this gigantic carpet weighs thirty five tons and measures 60, 570 square feet. There are billions of knots in this awe-inspiring carpet, and it nearly took a couple of years to finish it.

The Sheikh Zayed Grand Mosque showcases seven breathtaking German chandeliers that are made up of elegant Swarovski crystals. With their dramatic beauty and impressive size, it is no wonder tourists consider these chandeliers as the most astonishing architectural features of the venue.

A fusion of designs

The construction as well as the design of this architectural wonder used materials and artisans from various nations, including UAE, Greece, New Zealand, United Kingdom, China, Iran, Malaysia, Italy and many more. Over thirty established contracting firms and two thousand wonders took part in building this one-of-a-kind Islamic building. To make sure that this structure last long, its builders decided to use long-lasting natural materials like ceramics, crystals, gold, marble and stone. 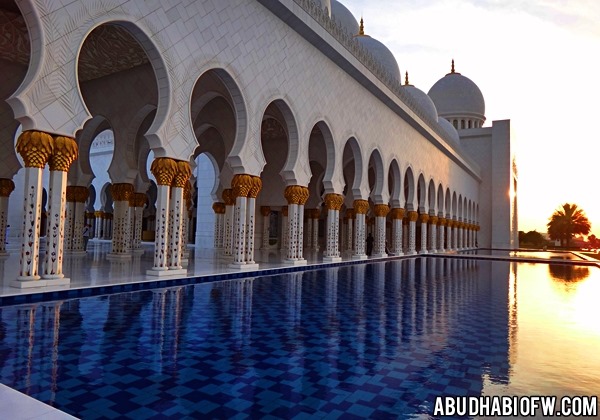 The mosque’s design is a lovely fusion of Moorish, Mughal, Persian and Arab architecture. Its architectural design was inspired from Moorish, Mughal and Persian architecture, while the concept for its floor-plan and dome layout came from the Badshahi Mosque. Its minarets, meanwhile, are classically Arab, and its archways are Moorish.