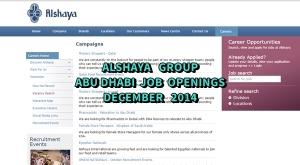 Alshaya is one the successful retailers in the region having spread from Middle East to Turkey, Europe, North Africa to Russia. Some of the brands they manage include Starbucks, Victoria’s Secret, Pottery Barn, Boots, H&M, American Eagle Outfitters, The Cheesecake Factory and many more. Alshaya has opened multiple job opportunities for October for its growing Read more 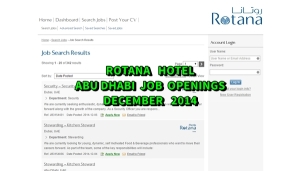 Having founded in 1992, Rotana first opened its first hotel property, The Beach Rotana Abu Dhabi, in 1993. By 2020, Rotana is scheduled to have up to 100 properties spreading across Middle East, Africa, South Asia and Eastern Europe. Rotana is currently in need of various job opportunities for its properties across the UAE, from Read more 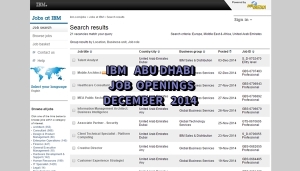 IBM Abu Dhabi Job Vacancies December 2014 Note: We, AbuDhabiOFW, are not a recruitment agency. We just want to share the latest job openings from different companies in Dubai for our fellow kabayans who are looking for work in the UAE. If you want to apply for these jobs, please follow the directions below. How Read more 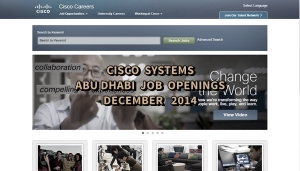 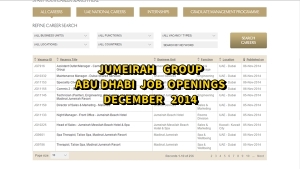 One of the most luxurious and innovative resorts in the world belong under the Jumeirah Hotel and Resorts umbrella. Despite having established only in 1997, Jumeirah Group of Hotels has won numerous awards regionally and internationally in the hospitality category. The Jumeirah Group is currently in need of various positions for its expanding organization across Read more 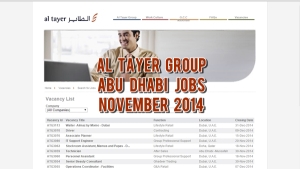 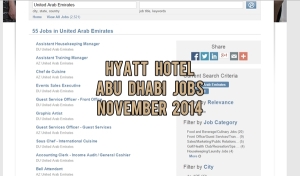 Headquartered in Chicago, Illinois and having started in 1957, Hyatt is now one of the most recognized hotel brands in the world. Hyatt now employs over 95,000 people across the globe for its 500-plus properties. Hyatt Abu Dhabi is in need for multiple talented individuals for its expanding industry. Vacancies include for the positions of Read more 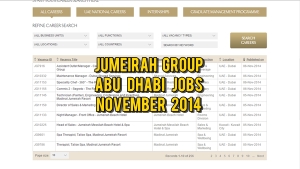 Considered to be one of the most luxurious and innovative hotels around the world, Jumeirah Hotels & Resorts have already won numerous international awards. The Burj Al Arab, dubbed as the world’s only 7 star hotel, is one of Jumeirah’s pride development. Jumeirah currently opened various positions for their growing industry. Positions include for Chef Read more 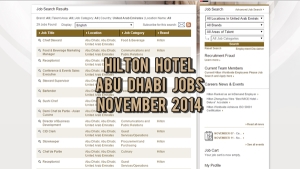 One the most recognized Hotels in the industry, Hilton currently employs over 300,000 individuals for its 4,200 hotels located in 93 countries and territories. Hilton is currently in need of multiple individuals for various roles in the industry including Receptionist, Steward, Bartender, Chef, Hostess, Waiter/ Waitress and many more. Hilton Abu Dhabi Job Vacancies November Read more 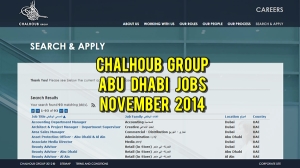 The Chalhoub Group is famous for being one of the biggest luxury retailers in the region. Some of the brands they operate include Louis Vuitton, Christian Dior, Nina Ricci and plenty more. The Chalhoub Group has opened multiple job opportunities for interested applicants in Abu Dhabi. Individuals who have experience or are interested in the Read more 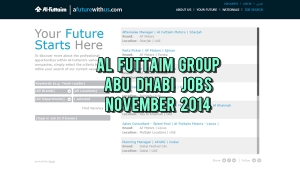 The Al-Futtaim Group is one the most respected industries in the region managing sectors in Real Estate & Construction, Retailing, Finance, Electronics, Automotive and more. Some of the brands they operate in the Gulf Region include Panasonic, Philips, Toyota, Lexus, Ikea, Guess and plenty more. In support for its growing industry, the Al-Futtaim Group in Read more 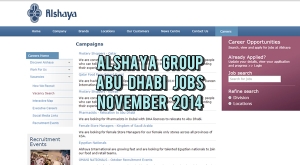